Every major company adopts a logo at some point, and although there are thousands of them in the business sector only a few become iconic and immediately recognizable. In every sector of industry there is likely to be one or two logos which are a hit with the public, and here are five which have stood the test of time. 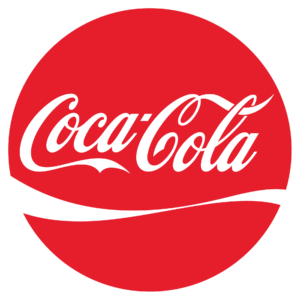 Perhaps the most famous company logo of them all, Coca-Cola’s distinctive emblem is known throughout the world. A simplistic design, perhaps, but its effectiveness has meant it has changed little since its inception. It was created by Frank Mason Robinson in 1885, and ingenious marketing has seen it recreated not just on the product’s cans and bottles, but on items such as glasses, bottle openers and drip-mats. Many influential commentators say Coca-Cola’s logo is known in almost every nation on Earth.

The McDonald’s logo is now so famous that it has its own name. The ‘Golden Arches’ were first adopted in the 1950s, and have gradually become a highly recognizable form of branding that is known to billions. One of the company’s most famous restaurants, the Rock N Roll McDonald’s in Chicago, has an impressively large set of golden arches over its drive-through section. With an estimated 68 million daily McDonald’s customers around the globe, it’s not surprising that the logo is one of the most prominent in the world.

Many car corporations have familiar logos, such as Ford, BMW and Rolls Royce. However, none of them are perhaps as iconic as that of Mercedes-Benz. The German company has used a three-pointed star for many decades, representing the organization’s mastery of land, sea and air. The original design was created by Gottlieb Daimler, and was first adopted in 1909.

Originally made by graphic design student Carolyn Davidson in 1971, the famous Nike swoosh is now one of the best-known logos in world business. Carolyn famously received only $35 for her design, but in 1983 she was given a gold and diamond Swoosh ring and an undisclosed number of shares in Nike. Originally founded as Blue Ribbon Sports, Nike now employs well over 34,000 people around the world. 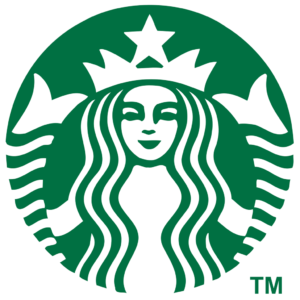 The familiar Starbucks logo is based on a 16th century Norse woodcut, although it has been altered significantly since it was first adopted in the 1970s. In the original design the female figure was topless, but that’s no longer the case. In 2011, the company removed the word ‘Starbucks’ from the logo altogether, a sure sign that it is recognizable enough now. The first of their coffee houses was opened in 1971 in Seattle, Washington.

I am a Blogger and Online Marketer. I started blogging in 2006 and since then I self taught myself "how to earn a decent income from online profession". Currently, I am working as a freelance Web Designer and Marketing Consultant. You can contact me for a schedule. Send me an e-mail at: dj@blogron.com

We will help you to build from scratch.

Join the BLOGRON community and get help with your theme, plugin & hosting. Learn with the same business minded people like you.

I have used several hosting, from cheap one to VPS and from among them I loved the shared hosting feature of hostgator. Here are some things why I love the hosting of hostgator.   01. The server is fast. 02. …
DJ Rony|21/03/2012|

Our website is made possible by displaying online advertisements to our visitors. Please consider supporting us by disabling your ad blocker.